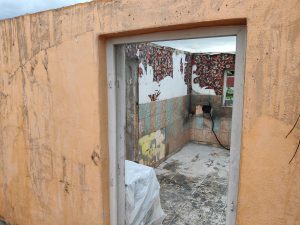 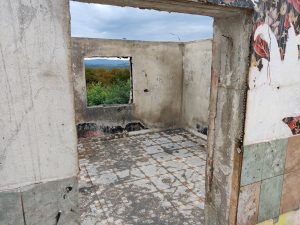 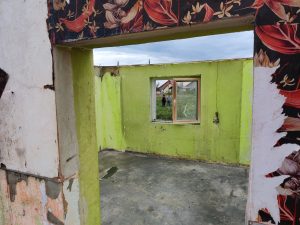 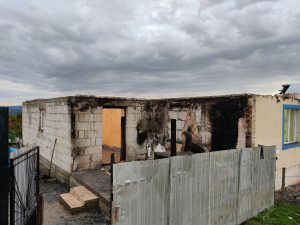 UPDATE: Because some decided to be generous Nicu and his family will soon be able to move back into his house!

Today is a sad day for all of us at Caleb as one of our team members and his family suffered great loss. Last night Nicu’s house caught fire and everything was burned down leaving the brick walls standing. Everything Nicu’s family had, was consumed by the devastating fire that threatened to take their lived had they not moved as fast as they did. Apparently the fire started in the attic due to electrical short-circuit and had been growing without being noticed. When they realized the attic was on fire was too late to salvage anything, the family barely made it out alive!

As you can imagine they are devastated, helpless and hopeless. We encouraged them and thanked God that there were no people hurt in the fire.

We are asking all our dear friends, especially since many of you know Nicu and his wife Anita (they’ve been faithfully working for Caleb for many years) to help financially so we can assist them in rebuilding their house before the cold weather hits.

As seen in the photos, all the debris has been cleared so the work can start.

The workers employed to work on our Community Center are already starting rebuilding the roof free of charge on Monday! As funds come in we will be able to continue the work!

Will you please help?

or use QR the code: 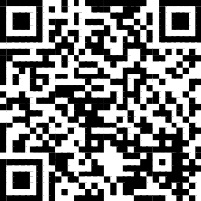