The rest of the kids have happily attended all classes and have grown immensely.

Diana is 6 years old and she loves being part of all our activities. I remember when she first came to kindergarten program 2 years ago, she was a trouble maker. She used to come by herself and was only willing to do what she wanted. Now, 2 years later we see a totally different Diana. She is radically changed. Her attitude changed because of the environment and a culture of love and acceptance we promote at kindergarten. Diana not only knows the letters and the numbers, but she is also well behaved and knows how to make new friends. What an amazing story or real transformation! 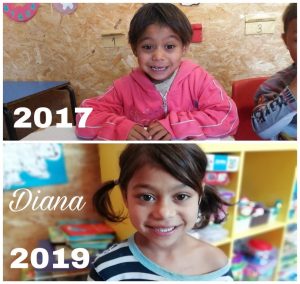 I can easily say that she came to kindergarten every single day. She was the first one waiting for me at the gate every morning. She has learned the letters; she counts very well and she wants to learn new things every day. As the other kids, Monica doesn’t have educated parents and because of that her parents don’t always know how to support her in her educational process. Despite the less than ideal situation she is in, she continues to learn every day new things and we believe that one day she will be able to do amazing things. For me, Monica has a life story worth reading about! 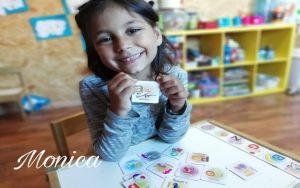 This would be my first-year teaching at Caleb Kindergarten.

Has anything special happen this year? It has most certainly for me. I believe that it’s been an amazing year for my 19 kids too as we have learned to communicate despite the language barrier.

This situation and the way it shocked me, made want to quit on day one as a teacher at Caleb Kindergarten. My coworkers tried to encourage me that things are going to get better. In my mind I didn’t believe them so I was thinking that if in a week nothing changes, I would just leave this job. Well, that week, was a very long week. I got to experience everything. From chairs flying in my class to me running around to get the kids inside and make them listen to me. Seeing all of this happening, what else should I have believed? Some days I wanted to throw myself out of the window, some other days I wanted to throw someone else out of the window. Yes, I know, you don’t expect this from a teacher but this is what I felt at the time. But because I stayed and fought, the stories that you will hear will bless you.

He is so funny! He is telling me that I am mean and because I don`t do what he wants me to do. He threatens me not to attend kindergarten anymore if I don’t comply. He is stubborn, but so am I. He used to not want to do anything that I was telling him to do. I thought that I would never be able to work with him. I remember not even being able to have him sit still on the chair for more than two of minutes. But even if he was stubborn, never listening to me, he used to watch and learn from every single activity I was doing. I remember one day, a normal day, Gabriel came to me saying “Miss Doroteea, I want to color”. I was so surprised. He took his little chair and he went to sit down at the table. The result of him drawing? You can see it for yourself in the picture.

He gave me headaches but also happiness. He is one of the kids that when he first came to kindergarten didn’t even speak Romanian. Where do I see him in 10 years? In school, making other teachers proud of him! 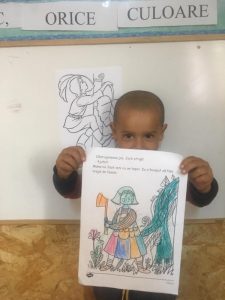 I woke up one day realizing that the kids don’t all wear underwear. You will be tempted to think how is this related to my job? Beside the fact that they used to come to kindergarten dirty, some of them never heard of underwear. So, I was fine with that for a day, maybe two, even a week but after that I got an idea. This story gave birth to a new super hero called “Captain Underwear”. I realized that the purpose of kindergarten is not only to teach them new things. Anyone can do that. One of the objectives of our kindergarten is that we would become a family for every child that needs to feel loved and appreciated and after that they will be open to learn new things.

It`s been a hard year, but a beautiful one. Every child has learned a lot as well as acquired new skills that will come handy later in life. We have done so many things together, so created so many incredible memories.

Together, we made this year a beautiful one! 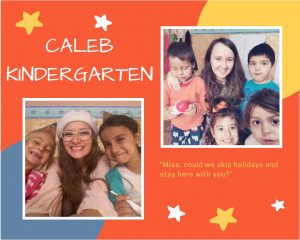 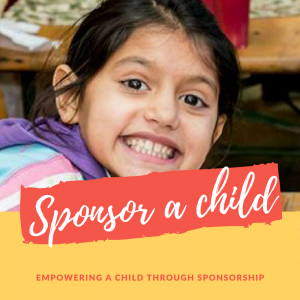 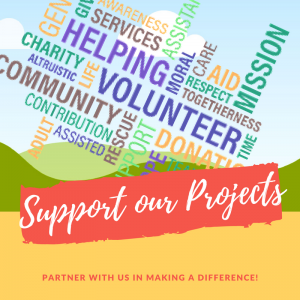